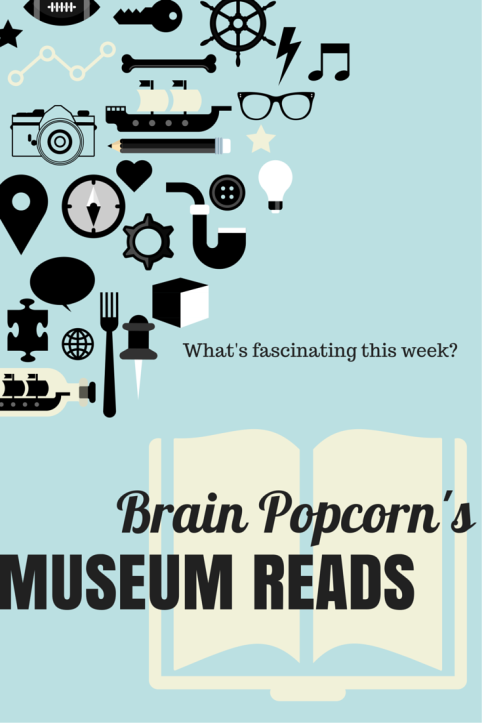 This is your brain on art (and food!):

The most powerfully engaging works of art appeared to trigger brain regions in the frontal cortex that are involved in introspective thought, as well as nearby regions usually directed at more outward matters. The two areas usually don’t activate simultaneously. “That is a very rare state,” Dr. Vessel said. “It resonates in the shape of your mind.”

“When you can call a line of code a spell, then you are getting somewhere,” Fruchter said. After all, isn’t computer code basically modern magic?

Fingertips to fossils or the Mona Lisa’s face:

Beyond their beauty, fossils are also physical objects, with heft and depth, contours and textures. These qualities are not easily conveyed across the Internet, which tends to resolve on screens, brightly colored and flat.

Feeling the need to bring some creativity into your workplace in the new year?  Get off to a good start with “Poetry at Work Day” tomorrow, the brainchild of the folks over at tweetspeakpoetry.  They have all kinds of resources, including a free ebook, graphics, and line art of assorted popular poets that you can print out, color in, and stick on a pencil to take around the office for the day.

Related posts you may like:
Are You A Curiosity Addict?
Varying Your Information Diet
Encouraging Creativity at Work
Poetry Constructions

Pretty sure I had gloves just like this when I was 7, only there was a tiny knit teddy bear in a pocket instead of a Russian flag…

It’s almost time for the Winter Olympics, and time for me to find friends with working TVs so I can play too.  Before the torch reaches the Olympic stadium, however, there’s still time to work in some fun Olympics themed interdisciplinary awesome!

The folks over at The Educators’ Spin on It have compiled some fun pins about Russian language and culture to explore with younger children, and also a list of fun ways to use the three Sochi Olympics mascots (a bear, hare, and leopard) to explore Olympics history. (The mascots even have a Twitter account!)

The Australian Olympic team has provided a set of interlinked Winter Olympics lessons for several grades and disciplines.  (Despite its dubious educational benefit, my favorite is the coloring sheet featuring a kangaroo jumping out of a matryoshka, for sheer hilarity.)

From the Australian Olympic team, see link above

NBC Learn has a host of neat videos on the science and design behind the tools, gear, and execution of various winter sports.  There’s even one called ‘Olympic Movement and Robotic Design’ that I am looking forward to watching when I get a free minute.  (2010’s series of films are still available thanks to the NSF here.)

Don’t miss Olympic STEM resources from Edutopia, or this great set of history, language, and science resources for older students from Teacher Vision either.

Plus, check out past Olympics round ups from right here on Brain Popcorn:
Vancouver 2010: Warming up for the Winter Olympics
Sliding, Rolling, and Gliding (Bobsleds and more!)

Those of you who follow Sea Dreams & Time Machines will know why I’ve been quiet this past month–all my blogging energy got diverted into churning out a whole lot of time-traveling, dragon-raising, industrialist-thwarting prose. In honor of people devoured by their passions everywhere, however, I share with you a recent clip by the highly entertaining Wil Wheaton, on why it’s awesome to be a nerd. (And thank you as always to the Trusted Source who pointed me towards it in the first place!)

There are some great stories out there about the power of imagination.  As a kid, I was particularly fond of stories like Bridge to Terabithia, and The Phantom Tollbooth, and The Neverending Story.  However, it’s a wide and wildly varying genre, so today I’m focusing on stories (and activities) to do with cardboard boxes. 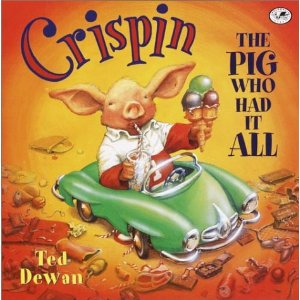 Crispin The Pig Who Had it All is officially a Christmas story wherein an overindulged pig is given an empty box for Christmas by Santa, but is a great story and amusingly illustrated for younger readers. 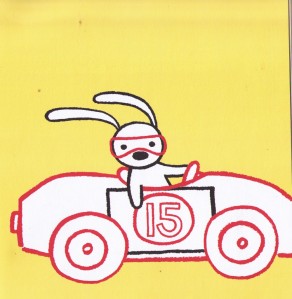 Not a Box is a in a much simpler style, with a much more indignant rabbit informing the off-page (and regrettably literal-minded likely-adult) that his/her apparent box is, in fact, not a box, but a…(you get the idea)
Not a Box printables for teachers at TeacherVision

Similarly, I ran across this beautiful video The Adventures of a Cardboard Box over on Vimeo:

And, of course, some people take their cardboard box visions to the extreme (and extremely cool):

Created by Christine at Pure Joy Events. Click for link to source

But for the rest of us looking for a little inspiration, here is ikatbag’s Guide to Working with Cardboard and 40 Cool Cardboard Projects, which is an excellent starting place for the corrugated-minded.

So tunnel in to a good idea (and then share it with me)!

Despite my oft-stated claim that I find just about everything interesting, I can honestly say that I’ve never been a big fan of quantum physics, except as a useful bit of technobabble in some of my favorite science fiction.  However, what Geordi LaForge, Samantha Carter, and John Crichton hadn’t quite convinced me of, a handful of *real* scientists with the assistance of the Symphony of Science did.  I now really want to go find out what those ’12 particles of matter, 4 forces of energy’ are, and meanwhile, like Rachel Maddow, I can’t stop humming this song.  Enjoy!

“Multiverse” theory suggested by microwave background — My favorite sci-fi plotline strikes again, but this time with the weight of real science behind it, courtesy of the BBC

Exploratorium Science Snacks by Subject — One of my go-to spots for cool experiments with everyday activities.  No quantum physics there, but lots to explore with the 4 forces of energy!

I’ll save my thoughts on the importance of an educator’s being a ham for another day, but for today I’d like to highlight the magic that is live theater, from playing ‘dress-up’ in your backyard to setting King Lear on the Moon (okay, that I’ve never seen, but wouldn’t you like to?).  Here’s a collection of fun and fascinating links for you on theater, puppetry, and the Bard:

Jim Henson on making Muppets from things you find around the house.

A lesson plan on making shadow puppets in the classroom.

A video tutorial on making joints for shadow puppets (which has proved very useful for Eye Spy art activities this year!)

Download a pdf of a paper theater to color and construct yourself from London's V&A. Click for link.

Or try a modern equivalent with one of Robert Sabuda’s Peepbox PopUps.

‘Superclogger’ commits random acts of theater from the back of a truck on LA’s crowded freeways.

A Christmas Carol re-envisioned…in Klingon.  (You’ll never appreciate Dickens until you’ve read him in the original…)

Call for Submissions: A Steampunk Shakespeare Anthology (Maybe I’ll get that King Lear on the Moon after all…)