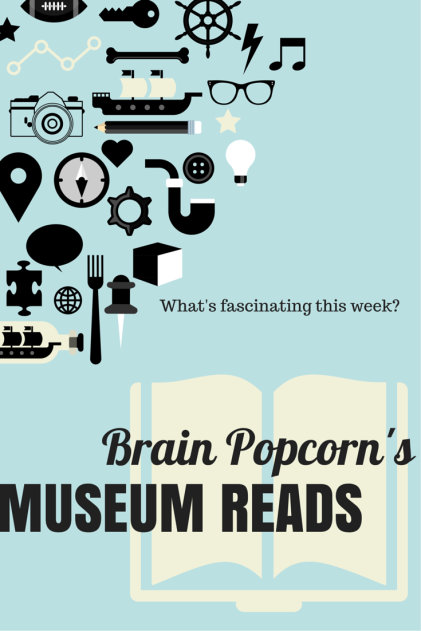 I spent all weekend marinating in poetry at the Massachusetts Poetry Festival, which was incredible and thought-provoking as always. As an interdisciplinary enthusiast, I was enthralled with the ways I saw people talking about poetry and science, poetry and art, poetry and environmentalism, poetry and current events, poetry and civil activism.  Coming back to my museum-persona, I was glad to see some of those same kinds of discussions are happening in this field as well, at AAM last week and continuing online and abroad.

Here are a few good reads from the last few days:

Another brain-stretching, idea-popping day, with a lot of really packed conference rooms!  I managed to pick several extremely popular sessions today, and fortunately was not one of the folks sitting on the floor.  Nice to see so much determined interest in topics ranging from multi user multimedia interactives to experimental educational programming! Like yesterday, I’m picking my top 3-5 thoughts from each session, but definitely expect to see more from me on some of these topics soon: 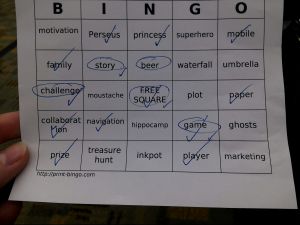 Session 5: “Your Brain on Art” sponsored by Reach Advisors 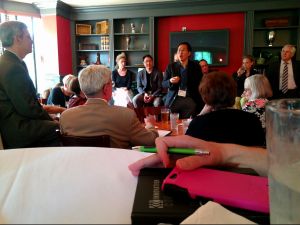 I have a feeling that this is the sort of conference that gets exponentially more busy each day, so today I’m going to stick to bullet points: my top 3-5 reactions, quotes, ideas, or experiences from each session.  (You can expect me to go back to some of these ideas in later posts instead.)

Session 1: Stories Alive: The Power of Theater in Conservation Education 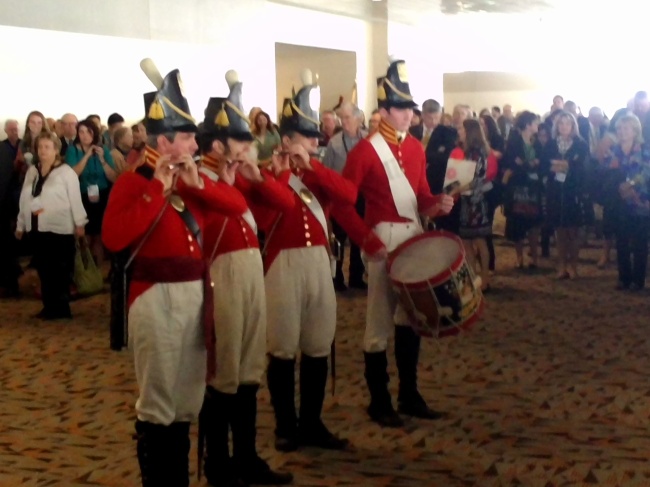 Session 3: 3D Printing from the Smithsonian 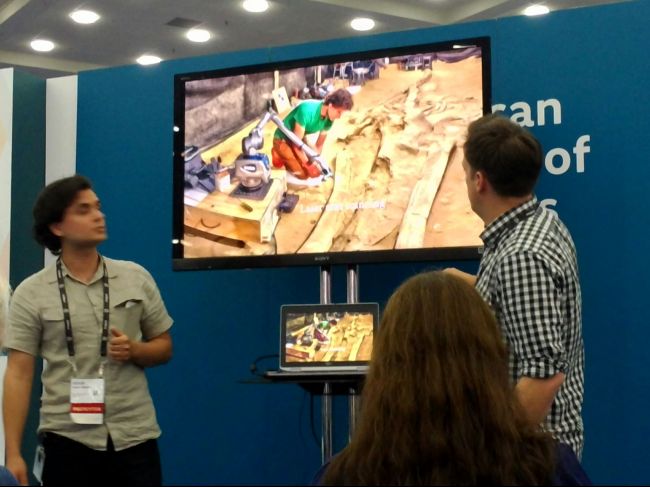 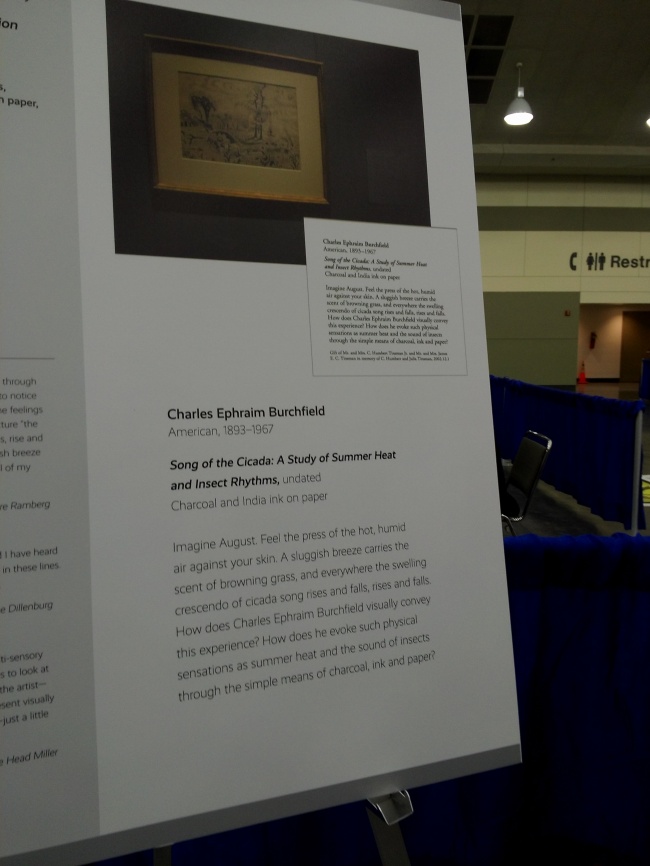 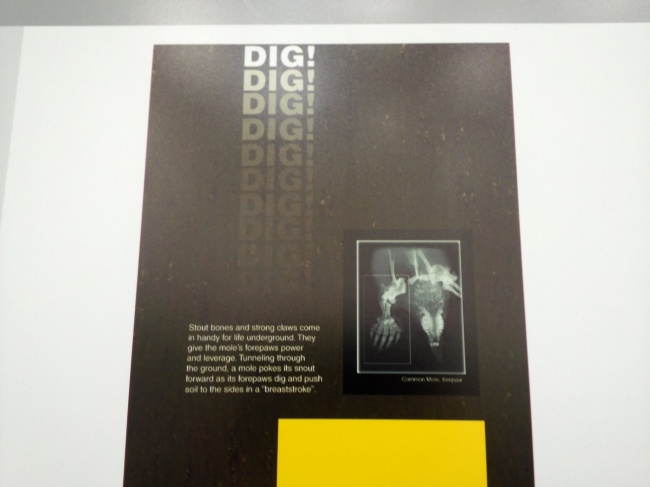 After Hours Fun 7: Wonders of the Undersea World at the Baltimore National Aquarium

Today was my first day ever at an AAM conference, and it started off brilliantly.  It’s going to be a busy several days, according to the amount of orange highlighter decorating my conference booklet, and if all the sessions are even half as interesting as the first few, it’ll be time well spent.

The afternoon’s first session I attended was a showcase of museum theater programs hosted by the folks at IMTAL, with four different museums (2 science, 2 history) offering up snippets of their presentations.  All were family and student friendly, but wildly different in presentation style and a really interesting assortment to hold up against each other.  Most included audience participation, all included humor and an emphasis on finding a connection, emotional or experiential.

The Museum of Science and Industry in Chicago presented “Taste Buddies,” with a lead character in a candy-striped vest who employed a lot of puns and a *lot* of energy, including audience volunteers who gamely ate unidentified jelly beans (you need to know me to understand just how brave that seemed to me, but it was definitely a Bertie Bott’s moment).  Fusion Science Theater worked up a bunch of excitement over the molecular structure of rubber, of all things, using a pair of apparently identical mystery bouncing balls in a pro-wrestling style show down to introduce scientific method and a lot of the related vocabulary. 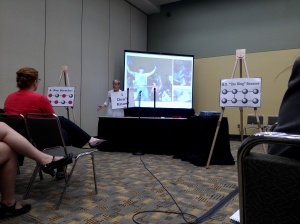 The Missouri History Center presented “Dressing from the Inside Out” with a demonstration of changing women’s undergarments over several decades, and made a point of appealing to the audience by relating the garments involved to everything from Pride and Prejudice and the probable dress-damping tendencies of Caroline Bingley to the structure of sports bras–the presenter was clearly very in tune with what would appeal to her current audience.

And my very favorite was “Love on the Range,” a storytelling performance by an actor from the Smithsonian Museum of American History, that incorporated music, dramatic pauses, and a lot of great colorful language and description.  I like the Smithsonian’s theater program for a lot of reasons, and this was no exception. 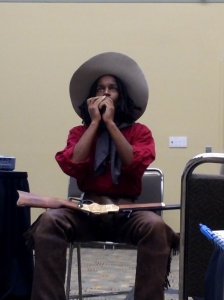 The other session I went to this afternoon concerned the use of reproductions, replicas, and non-accessioned objects in museum situations. Titled “Is it Real? Who Cares?” it featured some of the best interactive discussion in a large-audience panel-format session I’ve ever seen, with lively debate happening about the spectrum of real to fake objects and whether or not those experiences worked.  There was a lot of muddy ground in the middle, of course, but some very fun examples of curious uses of reproductions, etc, from the Franklin Institute’s extremely popular walk-through heart to disagreements over reenactors to a very wacky sounding Australian version of Stonehenge.  If you are curious in turn, you can check out the panelists’ planning blog. 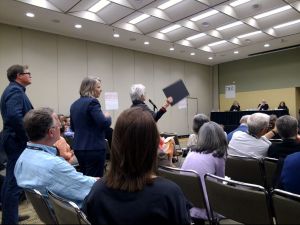