I run across a lot of fun stuff surfing the wilds of the internet, much of which I stash away to share with you here in an eventual Brain Popcorn post.  Sometimes it’s from an article on my reader (and blessings on the day I decided to invest in upkeeping my RSS feeds, or I’d miss so much cool and wacky content!), and sometimes it’s a neat link on Twitter, but recently there’s been a fair amount of it on tumblr and Pinterest.  I initially resisted both sites because I need more ways to fritter away time on the internet like I need a ten-ton elephant standing on my head, but between a few influential articles and blog posts from people I admire, not to mention a few sessions at the recent National Art Educators Association conference in NYC, I decided to jump straight in. 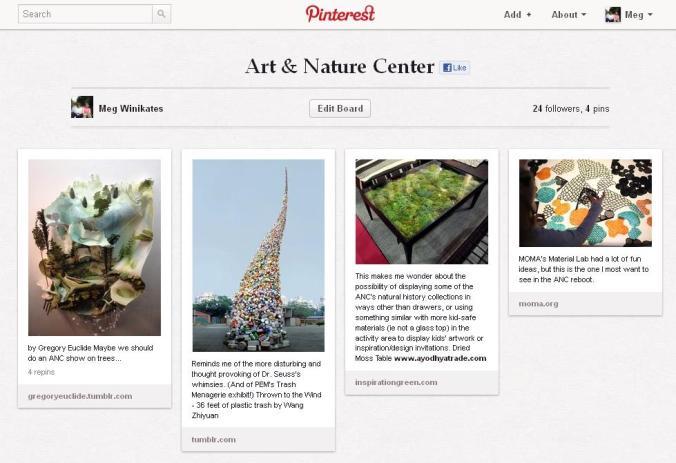 If you search Pinterest users for ‘museum’ you get a fairly large number of results, which I initially found surprising, especially the heavy concentration of children’s museums, though in a lot of ways the art museums are a perfect fit.  I haven’t looked at all their boards, but here are a few folks doing interesting things on Pinterest:

SFMOMA – Thematic collections of elements of their collection, and one cool and self-referential board that highlights where they turn up in the press.

Metropolitan Museum of Art – More thematic collections, and I’m particularly fond of the way they used a quote in the description section of their ‘cat’ board.  (also a great resource to get to other cool museum boards: check out the list of who the Met’s following! I’m particularly keen to see what ends up on the crowdsourced Future of Museums board.)

Met Teens – The museum’s teen advisory group runs this set of boards, which they use to highlight student work (both written and visual) especially in response to museum collections, draw correlations between historical fashions and modern, and advertise upcoming teen-focused events at the museum.  Very cool!

Not convinced?  Right before I was putting this post out into the world, fellow museum enthusiast Colleen Dilenschneider over on Know Your Own Bone wrote a fantastically well-researched set of arguments about why Pinterest is a useful investment for the extended museum community: 5 Reasons for Museums to get on Pinterest right now.

This is a bit more of a stretch: I don’t actually find Tumblr to be as easy a site to navigate or search.  Simply tracking the ‘museum’ tag gets you interesting photos from people’s vacations, but locating specific museum projects on Tumblr is harder. 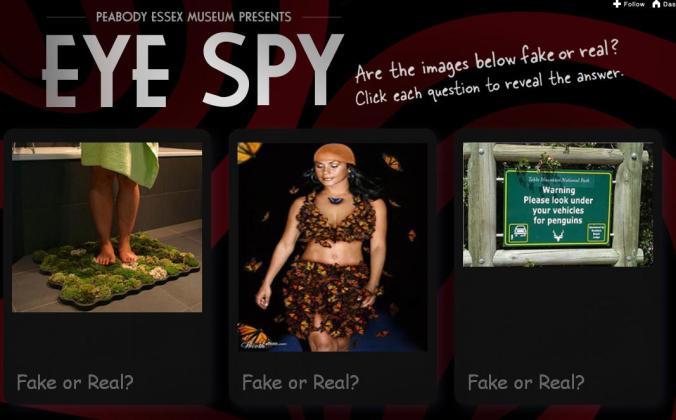 Eye Spy: Fake or Real? – This was actually the project that introduced me to Tumblr, which was a game we designed to go with our “Playing with Perception” show at PEM last year.  I really liked the format that our team put together, and I haven’t seen any similar game-style Tumblr projects out there.  (But I’d love to, so if you know of any, do tell!)

SFMOMA (again) – Their general feed is interesting, but I particularly like their ArtGameLab tag, where they share visitor photos etc. from their visitor-designed game projects accessible online and in the galleries. 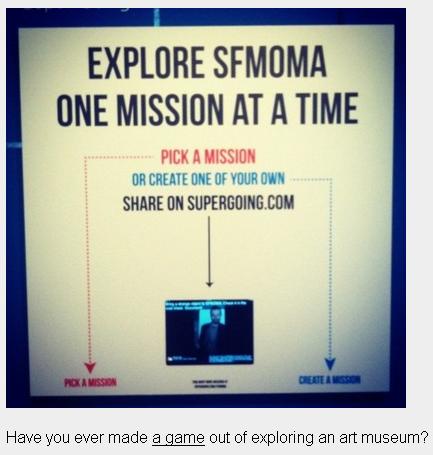 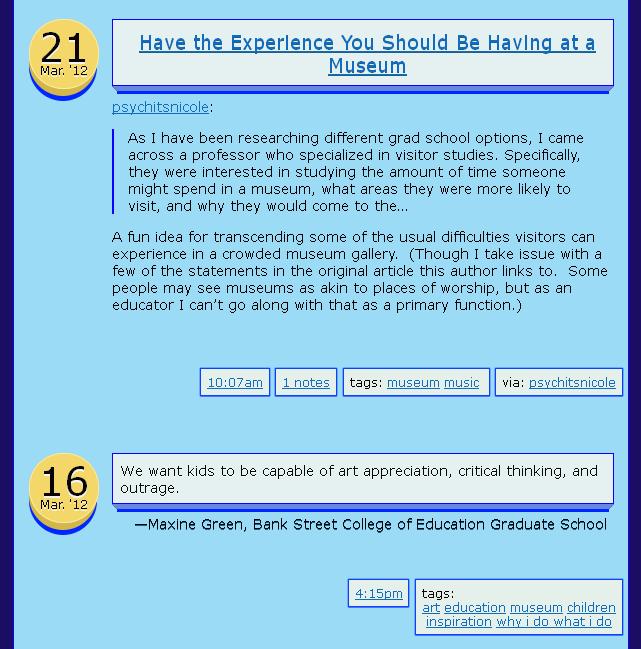 Or, of course, you could just come find me there! (fair warning, what you see there is often what happens in my brain before it makes it into a coherent Popcorn post)